The Center for Research in Syntax, Semantics and Phonology (CRISSP) of KU Leuven invites abstracts for the 11th edition of the Brussels Conference on Generative Linguistics (BCGL 11) devoted to the syntax and semantics of aspect.

The purpose of the conference is to discuss and explore the syntax and semantics of aspect, including the interface between those two, as well as cross-linguistic variation within these domains.

The properties and representations of aspect have been studied extensively from both syntactic and semantic perspectives, as well as their interfaces.

As for the syntax, a central question is how aspectual notions such as telicity, duration, cause and change are represented in syntax. Approaches range from the minimalist structure of Erteschik-shir & Rapoport (2005), to a more fine-grained functional structure as proposed by Ramchand (2008), or with a clear differentiation between outer (external, presentational) and inner (internal, Aktionsart) aspect, as proposed by Travis (2010). More detailed studies of aspect have investigated, for example, the different types of perfect, such as universal, experiental, resultative and existential perfect (e.g. Pancheva 2003). Another relevant question is the distinction between morphological and periphrastic means to express aspectual distinctions. Both the more general and the more detailed studies raise the question of the division of labour between the syntax and the semantics (Ramchand 2008), i.e. on what is contributed by the (extended) syntactic structure of the verb carrying aspectual information, other elements in the syntactic structure, and the lexical semantics of the verb.

The semantics of aspect has also been widely studied. As in the syntax, a distinction is often made between outer and inner aspect, with tense scoping over grammatical (outer) aspect, and grammatical aspect scoping over aspectual class (inner aspect). This layered structure makes it possible to investigate (crosslinguistic variation in) the interaction between the lexical features of the verb, the semantics of the predicate-argument structure, the expression of progressive and perfective/imperfective aspect, and other elements in the sentence which can carry aspectual information (e.g. certain adverbs/adverbial phrases, negation). In this respect, questions arise about the nature of the interaction between perfectivity and telicity, or between tense and aspect (De Swart 2012). A second question concerns the exact setup of the different layers contributing to aspect (cf. Verkuyl 1999; Travis 2000, 2010; Ritter & Rosen 2005; Ramchand 2008). There is also debate about whether grammatical aspect and aspectual class are semantically interpreted by different mechanisms (Smith 1991/1997; Depraetere 1995; Filip 1999; Bertinetto & Delfitto 2000) or by the same ones (Moens & Steedman 1988; Parsons 1990; Kamp & Reyle 1993; De Swart 1998; Verkuyl 1999; Cipria & Roberts 2000). More specific questions to be addressed at the conference include, but are not limited to, the following:

• What are the limits of variation in the expression of aspect? If we assume flexibility in size of and order within the aspectual layer, how much flexibility is there?

• How do languages grammaticalise verbal aspect? What is the range of the variation

observed? Do the present distinctions of grammatical categories suffice?

• Periphrastic constructions are usually included in the category of progressives ‘if they display a medium-to-high degree of grammaticalization and routinization’ (Mair 2012: 804). Can this criterion be grounded in an objective measure of grammaticalisation?

• What kinds of interaction of tense/aspect with non-truth-conditional meaning are possible (e.g., presuppositional imperfective in Russian, cf. Grønn 2004, Borik & Gehrke 2018)?

• Do the different types of syntactic realisations of aspect have different semantics?

• What kind of semantic mismatches are possible and how can we encode them? (e.g., the present perfect puzzle; Klein 1995)

Abstracts should not exceed two pages, including data, references and diagrams. Abstracts should be typed in at least 11-point font, with one-inch margins (letter-size; 8½ inch by 11 inch or A4) and a maximum of 50 lines of text per page. Abstracts must be anonymous and submissions are limited to 2 per author, at least one of which is co-authored. Only electronic submissions will be accepted. Please submit your abstract using the EasyChair link for BCGL11: https://easychair.org/conferences/?conf=bcgl11

It is our honour to invite you to the festive reception organised by the BKL/CBL on Monday 19 December 2016 in the Royal Library of Belgium in Brussels. We are celebrating the publication of this year’s special issue of the Belgian Journal of Linguistics on Computational Construction Grammar and Constructional Change. The reception will be preceded by two keynote lectures on these topics by Jóhanna Barðdal (UGent) and Luc Steels (VUB).
The event is free, but participants are asked to register in advance, by December 13.
All information on the program and how to register can be found on the event’s website. 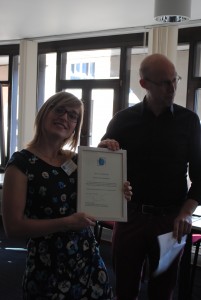 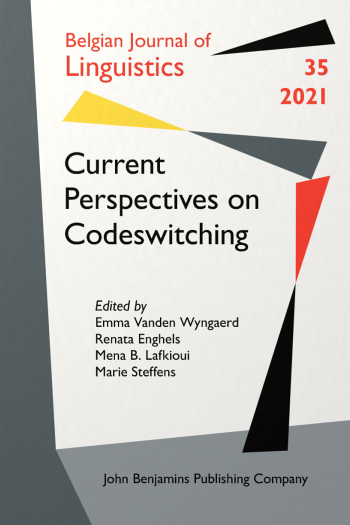