Organized by ECR, this two-day workshop (on October 1st and 2nd) fits into the ongoing work of the research unit “Humain, animal, planète. » It responds to ongoing debates on the Anthropocene in the environmental humanities by exploring the notion of the “sacrifice zone” via a comparative analysis of ambivalent spaces and emotions in contemporary fiction and literature.

Welcome to DS² 2021! We are in the process of constructing the conference site and program, so please bear with us, as things will be changing quite a bit in short order!

Our aim in hosting this meeting is to bring together scholars working on two separate trends. First, the products of science themselves have increasingly become digital – from big data produced in laboratory contexts to the increasingly dominant roles of social media and preprints in the dissemination of results. Second, the methods that we use to study those products have also become digitized – scholars including philosophers, historians, linguists, and sociologists have turned to tools like network and citation analysis, textual analysis (and other tools of the digital humanities), and modeling and simulation, in our attempts to understand science and its changes over time. Both of these shifts have made a substantial impact on the epistemic landscape of science, and are in the process of reshaping the philosophy of science in particular and science studies more generally.

What has been lacking, we think, is the opportunity for dialogue between these two groups of researchers. On the one hand, meta-level claims about digital methods in science should equally well apply to cases where these methods are used in the humanities. And conversely, those interested in the epistemic characteristics of these digital methods in general should be able to learn from instances of their application in the humanities as well. We thus hope to put these two groups in dialogue, looking for new insights and modes of research enabled by our digital study of digital scientific products.

There is no registration, and attendance is free! The meeting will take place entirely online, from March 15–18, 2021. Talks will begin at 14h Central European time, 13h UK time, 9h Eastern Time, or 6h Pacific time, and run for around five or six hours each day.

Links to the meeting, which will be hosted on Crowdcast will appear here in due course. You’ll only need your web browser! Crowdcast has put together a helpful guide for attendees to a conference.

Videos of the talks (if the presenter agrees) will be posted each day after the conference on the YouTube channel for the CEFISES center at UCLouvain. If you subscribe now, YouTube will automatically keep you up to date.

Posting to social media about the meeting? Please use the hashtag #DS2conf!

If you would like to receive an e-mail reminder of the meeting with the link to the online streaming platform a few days before the conference starts, send us your e-mail address and we’ll send you a reminder!

While we don’t have access to a live closed-captioning service for the streaming platform we’re using, we will be processing all talk videos through the Otter transcription service, and the videos that we post on YouTube will include these captions. We will encourage any speakers who choose to pre-record their video to supply us with transcriptions for that content as well.

All times are listed by default in Brussels time (CET). Note that, for those of you used to making conversions between European and North American time, the time zones will be different from usual, as this is the period between the daylight saving time switch on the two continents (Europe will have changed over, but North America will not yet have switched). 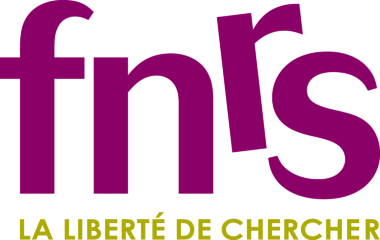 Thanks to our presenters, our extremely gracious keynote speakers, our technical support team, and above all, to the FNRS (Fonds de la Recherche Scientifique) for financing the conference (under grant no. F.4526.19). A special note of appreciation as well to the group from the BSHS which recently ran an extremely successful online conference and shared their best practices, particularly Sam Robinson and Emma-Louise Hill, as well as the other authors on their extremely illuminating BJHS article, from which we’ve drawn several important notes. (It’s very much worth a read, if you get the chance!)