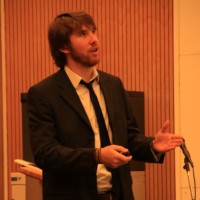 His research project to pursue a PhD was funded for 4 years by a FRIA grant (F.N.R.S.). He obtained his PhD in Engineering in 2018. During his PhD thesis, he carried out low temperature experiments on various 2D electron systems-based devices that he fabricated in the UCL cleanrooms. The core of his work was based on scanning gate microscopy measurements, aiming at collecting information about the electronic system at the local scale. The interplay between quantum transport and electrostatic effects was inspected both experimentally and theoretically.

He then worked on magnetically ordered rare earth 2D Mxenes (Flag-era funded project) during a one year post-doctoral fellowship at UCLouvain.

Going from 2D to 3D, he joined PAC (Particle Accelerator Consultants) in 2020. After this rich industrial adventure, he focuses now on how charge, spin and heat transport at the local scale (nanometer) can be used to design tomorrow’s RF devices.